Recently, I returned from an 8-day vacation to Iceland.  Iceland was my college friend’s dream vacation.  We talked about visiting it for many years.  After 16 years and 8 trips, this year, we finally made it happen.  The entire trip was fascinating.  However, learning about Iceland’s Domestic Animals, was of particular interest to me, an avid animal lover. 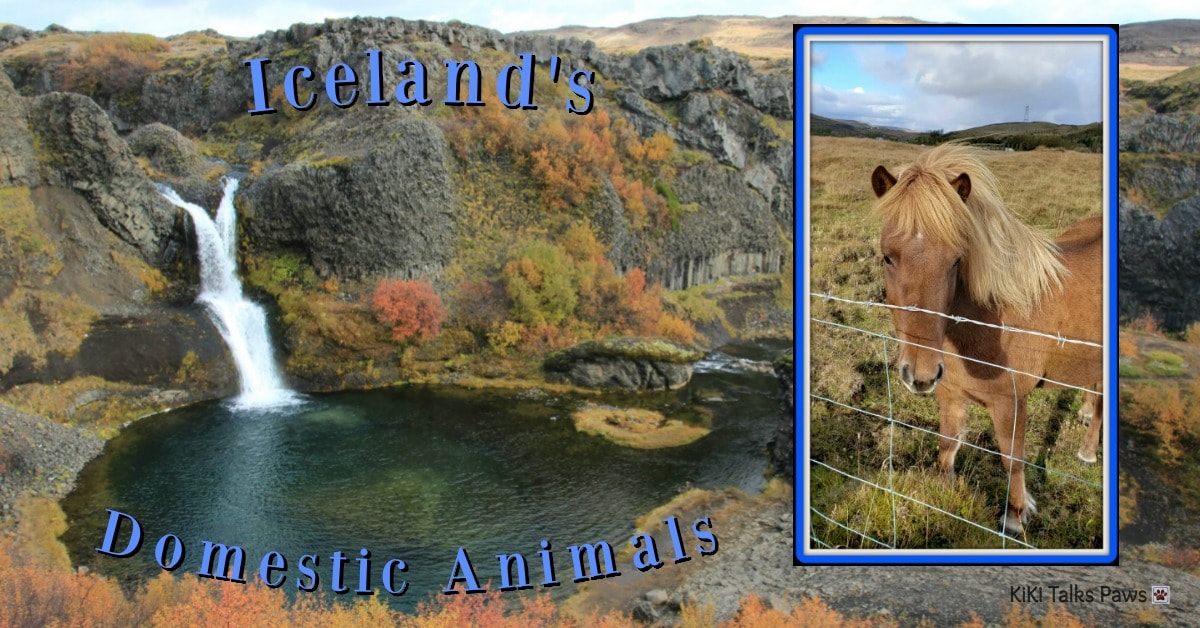 Isolated for almost all of its existence, no actual war was fought here.  However, Icelanders fight daily to survive the island’s harsh elements.  Floods, volcanos, high winds and not to mention the colder temperatures are all parts of the Icelander’s way of life.  Starvation presents itself in every period of history.  The winter temperatures are in fact quite moderate because of the jet stream.  However, higher elevations make winters or even summer very harsh.  Summer is quite cool compared to what I am used to.  We visited in the fall but not all areas experience the seasons at the same time.

Volcanic eruptions are pretty common.  Not common in an everyday situation, but common enough that the people have an escape route planned and a bag packed in case of evacuation.  Floods are common in parts of Iceland, usually in the pre-eruption stage.  And melting glaciers produce new streams or even rivers that change from week to week that traverse common roads.  High winds can blow out the windows in your car or your house and hot springs may scald you beyond recognition.  The locals know what to look for and always pay attention to the weather.

It’s not as dangerous as it sounds.  But it’s not exactly safe either. It’s an island of immense beauty but harsh elements.  Make sure you don’t venture off on your own if going to any extreme places on the island.  Heed the warnings of the locals and read the signs.

We traveled at the end of September, as part of the last fall tour of the year.  Our tour guide canceled a major hike to a picturesque valley.  We attempted to travel there but had to turn back because of the amount of snow that fell the day before.  We experienced this precipitation in rain all day the previous day.  But once in the higher elevations, it was clear the rain had become snow.  While we changed our plans and turned back before we became stuck, we filled the day with other waterfalls and scenery in lower elevations.  We later found out that several other 4-wheel drive vehicles decided to attempt the same road and all got stuck.  Winter was early in this part of the country.  And that road closed with this snowfall and will not reopen again until May or June. 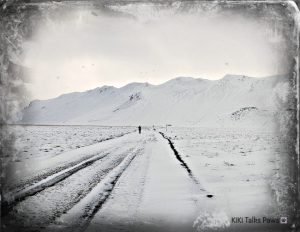 The harsh climate means the people of Iceland learn to handle what comes.  Iceland’s Domestic Animals are the same.  The animals work, just as the people do.  They herd, plow, produce milk, or become food.

My view of the Icelander’s way of life is quite similar to a modern-day Na’vi (the blue people from the movie Avatar).  The land and the elements dictate their life.  Trying not to destroy or waste any natural resource, they treat animals with respect but have no qualms about killing them if used for something productive such as food, clothes, etc.  Animals should be as free as possible to roam the land.  However, these same animals still produce food and profit for the people.  Fish is the most abundant source of protein.  But, they do farm to diversify the food source.  Starvation was a very real problem in every bit of history.  Waste not, want not. 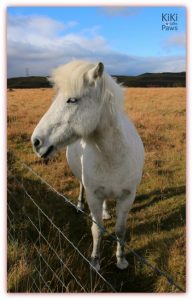 Icelandic horses are smaller than a standard horse but are stockier in nature.  Known as sure-footed, they travel over uneven and rough terrain or cliffs.   Icelandic Horses learn 5 gaits or walks/runs while rest of the world’s horses learn only 3 or 4.  We encountered two horses up close and personal while visiting a sheep sorting area.  Both were calm and sweet and tolerated several grabby foreign visitors with cameras.

Icelanders restrict the use of antibiotics for horses and other livestock.   Contrary to what happens in America, Icelanders adopted this strategy many years ago.  Disease is foremost on Icelander’s mind for their livestock.  Being an island, Iceland restricts the import of other horses so as not to spread diseases that are absent from the Icelandic population.  In fact, if a horse leaves Iceland for any reason, they are no longer welcome back into the country.  Owners export horses for competitions or shows, but once that activity completes, the horse is sold.  Horse supplies such as saddle, bridle, etc.  must also be sold or left in the visiting country.  Nothing that could contain disease returns to Iceland.

Although the Icelandic horse is famous and revered, it does not stop them from using some as food.  Several restaurants where we ate had Filet Mignon on the menu, with the fine print listed as horse loins.  The people use all the resources necessary to survive.  History of the people includes many periods of struggle and starvation.  Horse is probably not the only thing that was eaten in times of need.    But horse remains a special delicacy even with the locals. 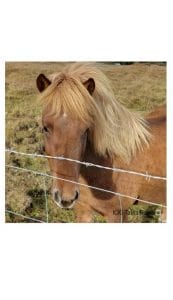 The Icelandic people state Icelandic meat tastes better than meat from other countries.  The cheese and milk are also better. Icelanders believe two things contribute to the improved taste.

#1) Cattle, sheep and goats graze the hills and cliffs.  They live life out in the field, eating the grass that’s provided by the earth.  Free-range is the way it’s always been in Iceland and just now the rest of the world is coming back to this way of thinking.  The cows don’t go far. But the sheep and the goats can travel over the hills and mountains on the island. In early fall, the sheep and goat farmers collect their stock and return them to their farms for the colder winter months.  Winter months in the higher elevation, don’t provide much grass for the roaming livestock.  Farmers bring the sheep and goats home for the winter.  In the spring, they are left to travel the hills again.

#2) As with the horses, antibiotic use is restricted in livestock.  The government mandated the restricted use of antibiotics and within two years, widespread disases were eliminated from the island.  America administers widespread antibiotics to herds where one or many are sick.  And preventative antibiotics given to herds is not uncommon either.

This article is not meant for debate on the pros and cons of antibiotic use.  I’m just very amazed at the government’s influence and ability to sustain it.  Granted, most of the success comes from the relatively small size of the country and it’s isolation (being an island). 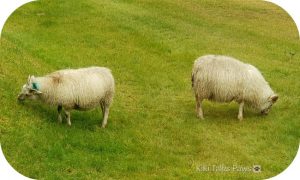 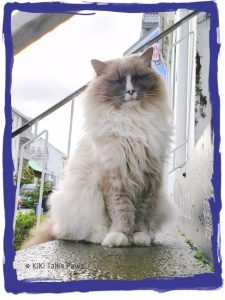 Cats are abundant in Iceland.  Icelanders appreciate the cat but like the sheep and the goats believe they should live free.  People may own or care for a cat, but they allow them to come and go as they please usually from doggie-doors installed in their homes.  I viewed many cats roaming the streets of Reykjavik and the countryside.  Wandering in and out of any local store that left their door open.  It’s not uncommon to see a cat relaxing among the rugs or sitting on a brand new pair of gloves.   What is amusing, however, is seeing a group of foreigners following a cat in a store, that was just trying to sleep.

I found one group of Europeans annoying a cat in a store.  It ran into the street while they continued staking it for a picture.  The language they spoke was something I didn’t know so I’m just going to call them European.  Not able to resist the same temptation, but being the less annoying tourist, I stole a quick picture of the cat on the steps of a nearby house.  The animal remained there cleaning itself as it started to rain.

The dog population is much reduced from the cat population.  Our tour guide explained, that dogs were making a come back in regards to quantity.  However, Reykjavik banned dogs in 1924.  20% of all human autopsies performed in the late 1800s showed a deadly tapeworm called echinococcosis.  The tapeworm is serious business as it carries a 75% mortality rate.  This specific tapeworm is zoonotic in nature and can pass between species.  The human epidemic was blamed on the dogs being the carrier.  The dog ban in the capital city lasted 60 years.

The dog population over the remainder of the island remained steady.  Working dogs herded the sheep, cattle, etc.  The rural population needed these dogs so no blame was placed on them.  The tapeworm issue only affected the greater capital region with a population of over 216,940.  Increased sanitary conditions in the early 1900’s probably reduced the tapeworm occurrence more than the dog ban.  But the dogs took the brunt of the blame.  But thankfully, the epidemic cleared up and dogs are once again allowed in the city.

Though dogs are no longer illegal, they do require proper vaccination and license.  Similar to our habits in the states, the dogs are making a comeback in Reykjavik.

The official dog of Iceland is the Icelandic dog or Icelandic Spitz.   Brought to Iceland by the Norse settlers, it is a mixture of Norwegian Buhund, modern Shetland Sheepdog and Welsh Corgi.  Bred to be a working dog, it’s primary job is to herd livestock.  It has a heavy double coat and is smaller in nature to standard herding breeds of Australian Shepherds, Border Collies or Belgian Sheepdogs.

We heard of the Icelandic dog from our tour guide.  And I caught two glimpses of these dogs from the tour van, once in the city and once in the countryside.  I thought they were the traditional Icelandic dogs but didn’t know for sure.  Both were the standard reddish color, although this breed seems to come in all colors.

Traveling to a foreign country 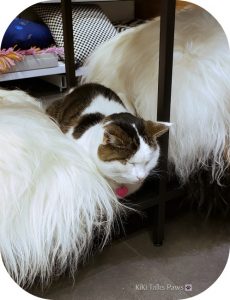 Traveling provides a sense of how life is different in other countries.  Differences are always abundant.  However, the differences in Iceland were more drastic than other European countries. Iceland’s isolation probably helped keep ‘progress’ from invading the country.  For me, it was nice to see friendly, helpful people.  They are not timid and spoke their minds at all times.

It was a beautiful country and I’m glad that I visited. I hope Iceland can retain some of its purist ways even with the influx of visitors over the next couple of years. I’m hoping to return someday and find it just as pure as I did on this trip. 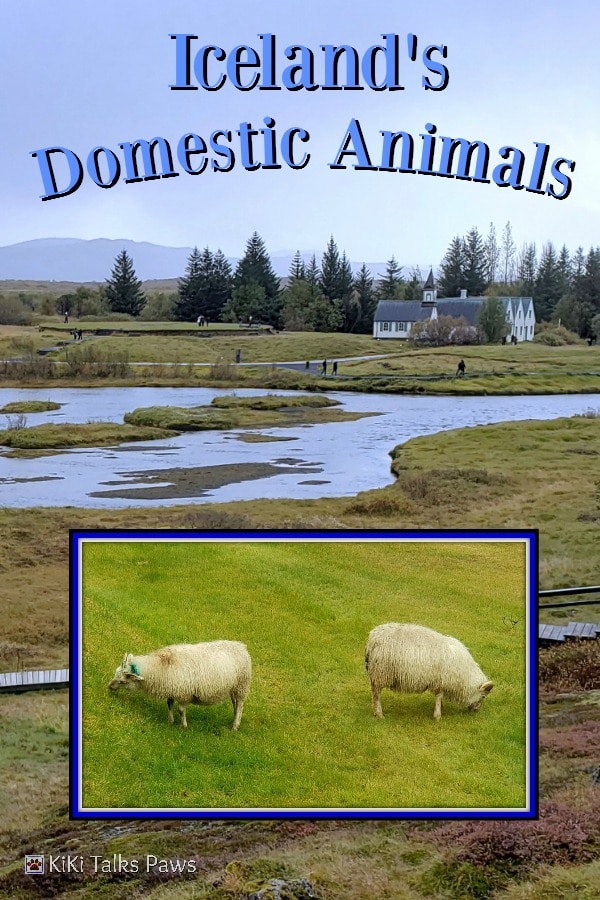