My Hammy girl turned 6 years old on April 17.  She was one of my first bottle babies.   Seemingly sick for most of her existence, she seems older than she is.  She still looks like a kitten because she is a petite little thing.  But her attitude is of a 15-year-old stubborn little girl.  Her Birthday Celebration may seem boring.  But it does not take much to make my Hammy girl happy. 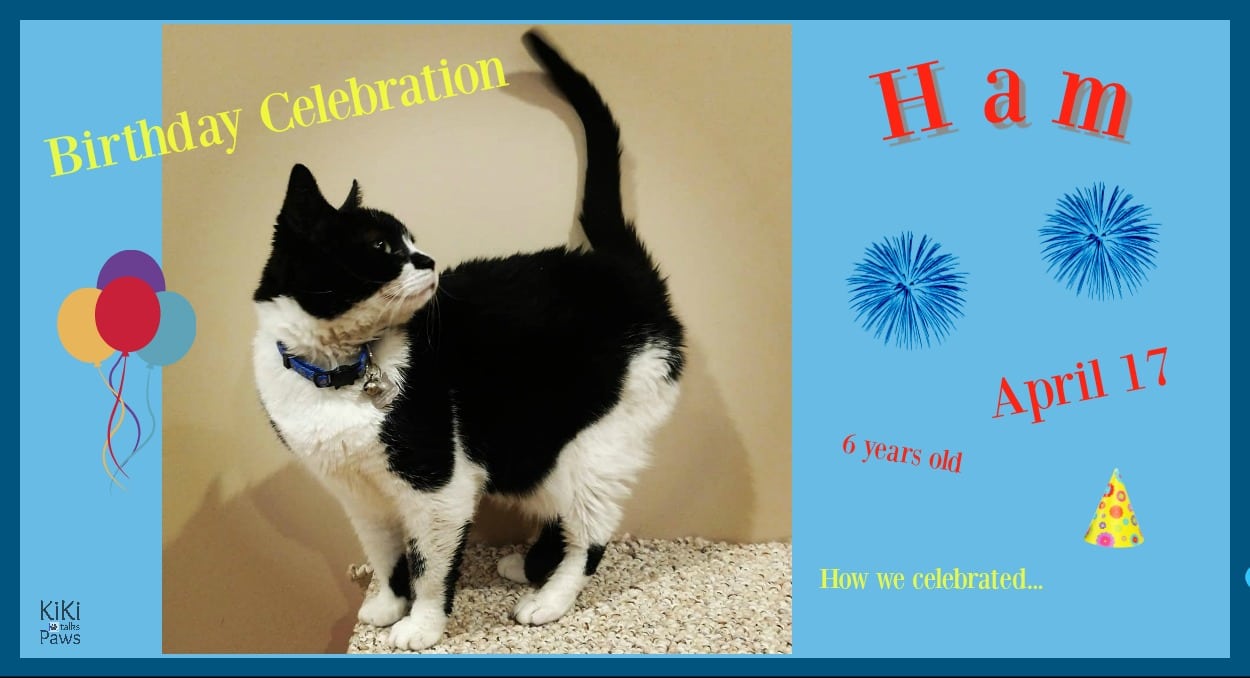 Ham has a chronic nose issue.  It gives her a calming appearance.  She doesn’t move much.  It’s as if she’s afraid that sudden movement will bring on her sneezing fits.  Actually, she is just stubborn and refuses to move for any man, dog or cat. My mother-in-law calls her ‘the statue’.  She sits and stares waiting for someone to give her what she wants. She can sit for hours waiting for someone to fill the water fountain to her desired level for drinking.  There is water, mind you. But she likes it filled all the way to the top. As she waits, sometimes the dogs come in and drink more. Ham remains steadfast in her protest. 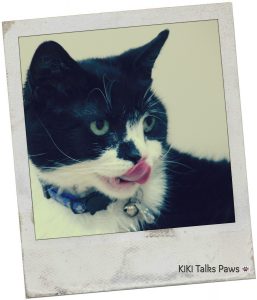 Her Main Goal is Food

Ham is totally obsessed with food.  She acts like she is starving at each meal and sometimes in between.  I began feeding her wet food after she lost weight year after year. It was never a lot of weight and the vet wasn’t concerned.  But, I knew how much she has loved food so I was concerned. Prescription dry food is always available to all the cats as Alex is a grazer.  Ham eats this but seems to have difficulty chewing. I believe this slows down her food consumption and thus she gives up before she’s actually full. 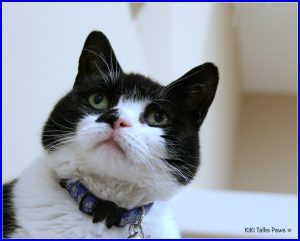 Extra Meal for her Birthday 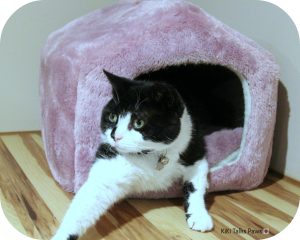 for her 6th birthday, I gave Ham an extra meal.  She normally eats twice a day. So around lunchtime, I woke her up from her slumber in her favorite spot, her pink house and provided her another meal. 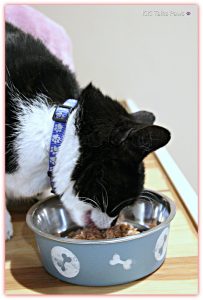 Even with her wet food, Ham eats very slow.  She never eats her entire quarter of a can.  Sometimes she eats the liquid off of her portion and then moves on to Quinn’s portion.  I think she has issues with her teeth. However, she had a bad experience with anesthesia while being spayed so the vet is putting off doing a dental on her.

Most evenings Ham joins us on the couch as we watch TV.  She was especially affectionate on her birthday. Maybe it was the extra meal.  She loves to sit as close to your head as possible. If you are lounging in any aspect, she takes root on your chest facing away from you as if she is guarding you.  Of course, this means her butt is in your face. I can’t convince her to sit on my lap. Once I’m irritated with her and kick her off, she ends up sitting on a pillow or the couch right next to you.  I allowed her to sit on my chest longer than normal on her birthday. And then she took up residence next to me on a pillow. Overall Ham does not require much to be happy. So her 6th birthday was a success but very similar to all the rest of her days! 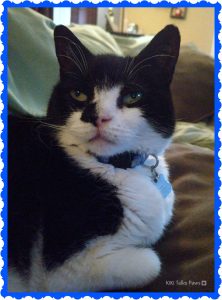