My girl Lexi turned 2 years old on May 10.  Her Birthday Celebration, like so many of the others, was celebrated over a 2-day event.  Hers due mostly to the weather. 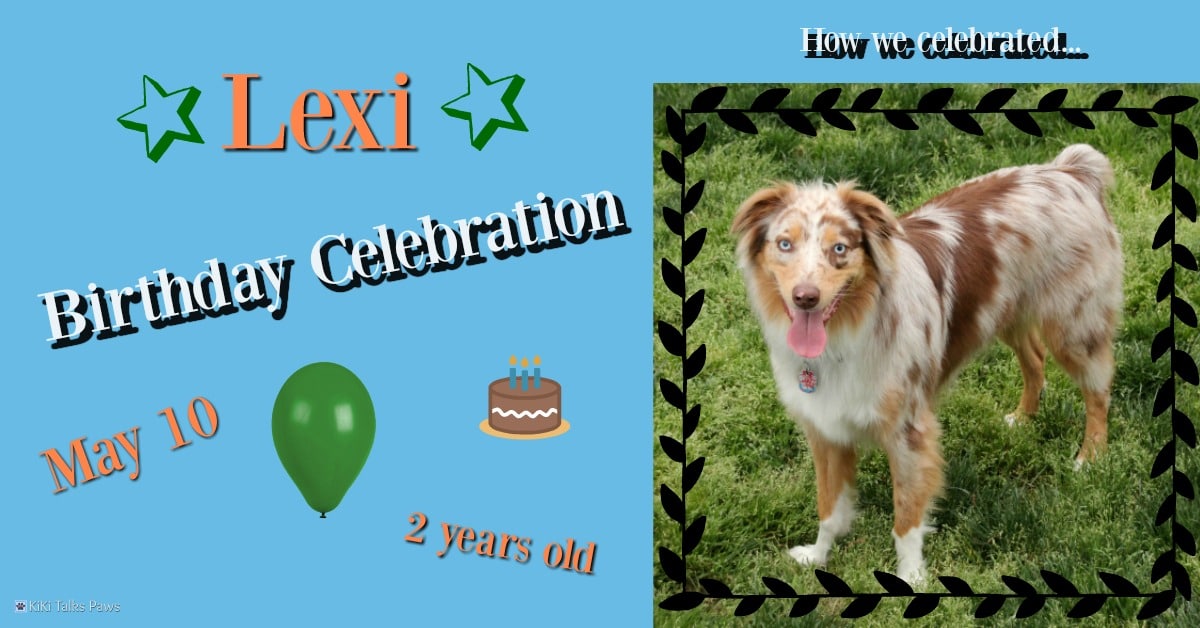 I always consider Lexi to be my dog and Elliot to be my husband’s dog.  Elliot loved my husband since the day we brought him home. I never had a dog, so I didn’t really know how to relate to him.  My husband had the same problem when the first cat came into our home.

My husband gave Lexi the space to become MY dog.  Cautious but curious, Lexi was more my speed.  As a puppy, she was able to play quietly by herself. Elliot was and is always full speed ahead, similar to my husband.  He wants you to play with him with his toys or he is sleeping. Lexi makes sure that everything and everyone is exactly how the way things should be in her mind  Consistently checking up on all the inhabitants of the house and all that walk by, human and dog.  She has much energy, but her consistent activity leaves her exhausted at night. 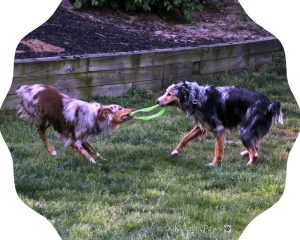 I bought Lexi’s birthday present before we celebrated most of the other April birthdays.  She received a pool float made for a dog.  The top layer is extra thick and claw-proof material.  Of course, the underside still can be punctured if flipped.  But at least the dogs don’t have to break every pool float we have when my husband puts them onto it.  This pool float was something that I knew Lexi would use. She liked in previous years to float around with my husband on one of our less sturdy floats.  Lexi didn’t always love the pool so much.  She needed to adapt to it over her two short years of life.

Lexi turned 8 weeks at the beginning of July the year we bought our current house with the pool.  I refused to let an 8-week old puppy into a brand new pool (for us) before she had all of her vaccinations.  I know I was being paranoid.  But I also wanted to make sure that every time we let our new puppy outside to go potty, that she didn’t automatically jump in the pool too.

Elliot loved water from the time he was a puppy, so he had no problem getting used to a pool in his backyard.  The 1st summer, Lexi would run around the pool watching us and Elliot play. She was curious, but not needing to come in.  Only at the end of the summer and after all her vaccinations, did I allow Lexi time in the pool. My husband threw her in and she swam over to the steps to get out.  She was timid about intentionally getting into the pool but curious enough to keep coming back to watch and learn from Elliot and us. 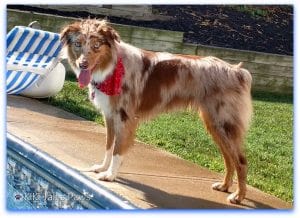 The 2nd summer, we did a lot of coaxing in order for Lexi to jump into the pool on her own.  She didn’t seem scared of walking down the steps and pushing off to swim to us but she didn’t like jumping in from the pool’s edge.  The deep end of the pool was also forbidden in her mind, although I’m not sure how she knows the difference.  She swims and her legs make no attempt to touch the bottom even in the shallow end.  By the end of summer, she would do an occasional jump from the side of the pool, but she still looked scared doing it.

This Summer (or technically spring)

I knew this was going to be the year she conquered her fear of the pool.  Her birthday float was going to help.   However, the week leading up to her birthday was raining with low temperatures.  Plus we were only at the beginning of May.  The dogs didn’t mind and they had already been in the pool a few times prior to this, but getting Lexi on her float would require one of us to get into the water too.

On her actual birthday, a Thursday, it was nice and warm with a little humidity.  Lexi & Elliot played some tug-of-war in the yard during the day.  However, thunderstorms were on the horizon for after 5 pm.  Of course, once my husband and I were home from work, the thunderstorms started.  Lexi posed with her float on her birthday only.  She was excited to do this, even though she had no clue what it was for. 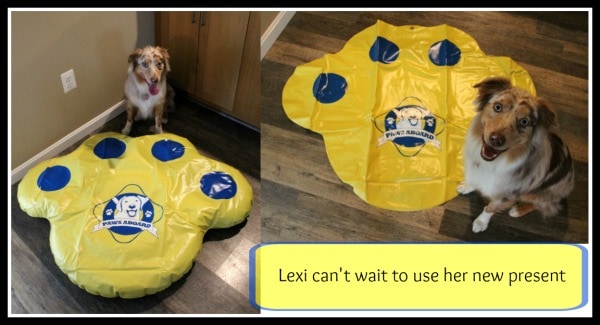 Friday was a beautiful day and the sun baked the pool water to a decent temperature for my husband to accompany Lexi.  She was anxious to get in that pool or maybe I just was anxious to see what she would do with her float.  My husband graciously volunteered (by my request) to get in the pool to coax Lexi to walk onto her float.  She did it almost immediately. However, she didn’t understand that she should lie down.  She remained standing and she and the float were very unstable and shaking.  Even though she was a quick learner, her maiden voyage was helped along by her cautious nature.  Eventually, she would learn to relax and lie down.  She floated around the pool for 2 or 3 minutes before she took the plunge into the water.  My pictures show the fear in her eyes. But she still conquered her fear.

We tried several more attempts to get Lexi to float, but she decided the float should be used as a springboard to make a splash farther into the pool.  She enjoyed herself and accomplished her goal of making everyone else wet when she shock. 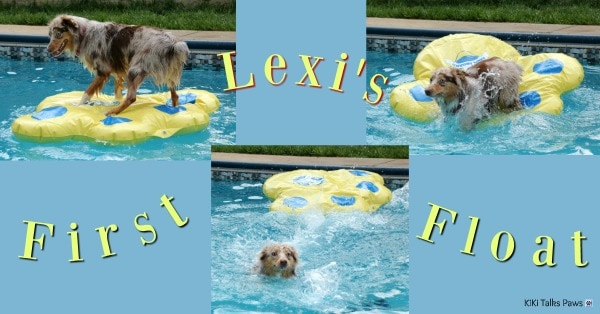 Now that we are into the thick of summer, Lexi walks onto her float and lets us push her around.  She even allows us to push her into the deep end. She feels much more comfortable and has even learned to lay down on the float and relax.

I bought the float for both dogs, even though it was Lexi’s birthday present.  We are attempting to fix Lexi’s sharing issues.  So we made sure that Elliot got a chance to go on the float.  Lexi growls at him while he’s on it and doesn’t take her eyes off of him.  Elliot isn’t so thrilled with it since he’s a little bigger than Lexi and somehow he never fully centers himself on the float.  Most times Elliot steps onto it and he is off into the water anyway.  But we will continue to make Lexi share. 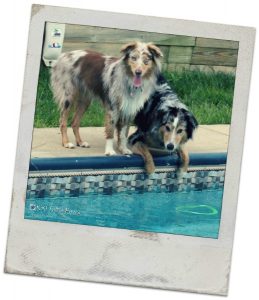 All-in-all, Lexi’s Birthday Celebration was the most anticipated.  And she possibly had more fun than the rest of my zoo. Our family is excited that birthday celebrations are finally over for at least a few months.  Quinn is the lone pet whose birthday is out of our standard April/May timeframe.  Check back then and see how we celebrated our youngest member of the zoo on August 10.